Gender Preference in the United States 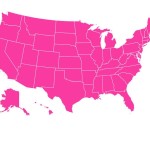 We care about the gender of our children. Some of us care more than others, but we all care. At some point during early schooling, you discussed  your future children’s names- one girl and one boy naturally.  Admit it, you did.  This was before a potential mate, before friends started having babies, before your sister had her pigeon pair.

From the moment a pregnancy is revealed, “Is it a boy or a girl” is the question on everyone’s mind.  Any preference is usually disguised with a prayer for health but there is always a wish, a dream, a preference for gender . Now those of us who are used to taking control, the controls are being handed to us.

Americans, unlike much of the rest of the world, do not prefer boys. Of the first 111 Microsort attempts, 83 were for females and 28 were for males. Shettles has even been quoted as saying that more families want girls.  The ratio at Ericsson clinics has been quoted as high as 2 to 1 in favor of girls.

”Women are the driving force, and women want daughters,” Ericsson says. ”And they’re not apologizing about it anymore.”

The dream of a child and the dream of a son or daughter- what is the difference really?  We all start out with a dream of what we want our future to look like and work towards it.  Some of us hit some bumps in the road, some bumps might turn into a roadblock when it comes to fertility but it doesn’t diffuse the dream- it may open our minds to other possibilities and make some of us care less than others, but everyone cares.

Your shopping cart is empty
Visit the shop