The Odds of Having a Boy or a Girl 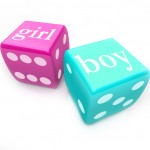 Is it true that if you already have an all boy family that you are likely to have another boy and vice versa? Let’s look at the facts.

Most people are familiar with the 51/49 ratio of boys to girls born every year.  There are many theories as to why this is the rule. Some include:

No matter the reason, this seems to hold true year after year.

In conclusion, it is easier to have a boy than a girl no matter what your family makeup is. So, what is one to do if you desire a boy or a girl and are facing unfavorable odds?  Have a strategy for swaying of course!  These statistics show that gender is rarely ever 50/50. We know from researching gender outcomes that there are many factors that control the gender of your next baby and we would love to help you formulate your plan to have your Dream Gender next!  Check out our Natural Gender Swaying Plans and don’t leave the gender of your next baby up to chance!

Because sometimes, you just need to talk with somebody! Maybe you are not a fan of forums and posting information for people to see or perhaps you just need to chat! Members of any level can use our telephone coaching service. Book 30 minutes with an experienced High-Tech-er to discuss your gender selection plans and get some hints and tips from those who have been there and done that.

With a phone or Skype consultation, you can arrange a conversation with an IVF/PGD doctor that fits you best once we learn more about what you are looking for and where you may want to cycle. Not sure if you even want to do IVF? No problem! We are happy to discuss the entire process and help you navigate the world of IVF for Gender Selection. It’s not as difficult as you may think! Promise!

Consultations cost $25.00USD per half hour.

“We only make boys!”

We only make boys! We don’t make boys! How many times have we all heard that one?

This is one of those things that really get to us because sometimes it FEELS true! But it just can’t be the case. Here are the facts.

More males than females are born (about 105 boys for every girl) and also conceived (140-160 males conceived for every 100 females).

Fewer males than females survive to adulthood. This is for a variety of reasons, including increased rates of illness and vastly higher rates of interpersonal violence, up to and including wars.

All throughout human history, and in fact amongst most mammals, it is a very typical occurrence for a conqueror or new “alpha” male to take over and kill off or drive away many or all the men and male offspring that may have been fathered by another individual or tribe. There are thousands of examples of this throughout human history dating back to the earliest myths and legends and it’s also very common amongst our closest animal relatives, the primates.

Even though males are on average less reproductively successful, some males are SUPER successful and are able to pass down genes to many offspring. An example is Genghis Khan, whose genes are carried by an estimated 8% of all Asian males.

It makes NO sense for a family to “only make boys”. A family that “only made boys” would be tying their entire genome to a gender that starts out life more likely to die from the moment of conception onward, has on average far less chance at reproduction than females do, and runs the risk of being completely wiped off the face of the planet at any moment – the first time Genghis Khan comes to town and kills off all the males, that’s it, game over. No more offspring. Those genes would have died out a long time ago.

It makes NO sense for a family to “only make girls”. A family that “only made girls” would be tying their entire genome to a gender that is less likely to be conceived in the first place, cannot have as many children as males are able to start out with, and are unable to capitalize on extreme situations where one individual (such as Genghis Khan) is able to produce vast numbers of offspring (or even less vast like these guys The 20 Biggest Illegitimate Fathers In Sports | Bleacher Report)

It makes the most sense for individuals to have the gender of offspring that has the best chance of survival to adulthood to pass down genes Understanding the Trivers Willard Hypothesis. Thus, because “only making boys/girls” does NOT make sense, and being able to alter the gender of your offspring on a case by case basis does make sense, it’s far more likely that all humans have the ability to alter the gender ratio of their offspring on a case by case basis.

It is all but impossible for such a gene to have evolved anyway because if it did, the gender ratio would start to become so skewed within only a few generations, that it would become a huge disadvantage and start to become selected against. This idea, called “Fisher’s Principle” has actually been investigated by many scientists for over a century and has been proven in a series of simulations to be true. Regardless of what gender you start out with, the following happens:

Suppose male births are less common than female.
A newborn male then has better mating prospects than a newborn female, and therefore can expect to have more offspring.  Therefore parents genetically disposed to produce males tend to have more than average numbers of grandchildren born to them.  Therefore the genes for male-producing tendencies spread, and male births become more common.  As the 1:1 sex ratio is approached, the advantage associated with producing males dies away.
The same reasoning holds if females are substituted for males throughout. Therefore 1:1 is the equilibrium ratio.

EVERY time that someone has come to me with incontrovertible proof that their family “only makes boys/girls” for 1 or 2 or 3 or 1 zillion generations, upon further investigation, there is invariably some branch of the family that is left out (well…except for the cousins), or “it skips a generation” or “only one girl per generation” or so on and so forth. These things simply don’t work and are and are the efforts of people to keep some half-baked theory going. Do some families seem to have more of one gender than another – YES, they do. But it isn’t genetics, it isn’t set in stone, and says nothing about YOUR chances of having a girl or a boy!!!